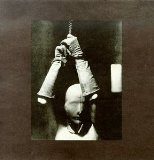 For millennia, seekers have used physical and emotional extremes to achieve transcendent and ecstastic states.

This workshop is open to adults of any gender and orientation. It is suitable for singles, couples, triads or any other grouping. No experience is necessary; just bring an open mind and a curiosity to explore your darker side.

If you would like to participate in the Radical Ecstasy intensive, please download the Call for Participants by going through the door to your right [link no fim do artigo]

About Dossie:
Dossie Easton has been an active sex radical since 1961. While she is a well-known bottom, Dossie also tops, and has taught dozens of classes on S/M techniques, skills and philosophy. A femme dyke slut, she was one of the first members of the Society of Janus in San Francisco, and has been a leader in the emerging area of S/M practice that links S/M and spirituality. Dossie writes books, teaches and practices psychotherapy in San Francisco, CA. With Janet Hardy she has created such highly regarded titles as Radical Ecstasy, The Ethical Slut, The New Bottoming Book and The New Topping Book. She is frequently invited to lecture, teach and play at events around the US and overseas.

Poly in Portugal II, for Krake #3

There was a "poly in Portugal" in Krake #1. I did this not (only) out of vanity: IMNSHO, it is in interesting and empowering to know what other "polies" are doing, which joys, problems, conquests, defeats, they experience. Meanwhile, some things developed in a way that seldom happened in Europe, with poly-portugal taking active part in CSD Porto. That very naive (I can barely read it) article can be found here.

For completeness, that original article was written (beginning of 2006) when I lived for some time in Porto, and had lots of time in my hands, as my primaries were back in Germany. I busied myself with creating a poly regular meet-up ("stammtich") and trying to cluster people under an umbrella group. Today´s story resumes from the point when me and a handful of others started to regularly meet (virtually and personally) to discuss poly and LGBT activist issues, as well as to have some serious glass-in-hand fun together. The effect was, that besides ruining my career, reputation and liver, those meetings started to gain momentum, and after some time, poly-curious and poly-indeed earthlings started to pour in the mailing list, and to cluster around an ideal.

Meanwhile, Spring 2006, the first CSD in Porto orga meeting took place. For a lot of reasons (long), Porto activists where not identifing anymore with the revindications done by Lisbon CSD (mainly around same sex marriage) and wanted to focus more on gender identity/orientation, discrimination vs diversity, and anti-normativity. It was only natural that poly-portugal would be there, as founder member, hand in hand with other groups (LGBT or not). Off course, the fact that all people in poly-portugal, back then, came from other LGBT activist groups played a role in this. Nothing poly specific came on the first Manifest in 2006, but we scripted it very diversity oriented, with tints of poly and libertarian arguments, which started the discussion in LGBT circles. The time for more specific wording regarding polyamory and "familiar" diversity came only in 2008. Here some extracts, for your eyes pleasure (Complete Manifest, see [port] [deutsch]):

That inclusion was not consensual, and unfortunately some LGBT organizations, headed by ILGA, decided to leave. Others (e.g. Rosa Panthers, a radical interventionist group) supported poly louder than ever, adopting poly and emotional rights as an LGBT and democratic topic indeed. That conflict, mainly going around the argumentation that "Poly is not a LGBT topic" or "Poly will give a bad reputation to the movement", its arguments and how they were solved, will not be addressed here, for lack of space, but it is my belief that it will be a recurring, actual discussion on other CSDs, in case the poly topic is raised. I would like to continue that discussion with other activists.

The movement is still growing. We have been working closely with the press (which, actually, is not always turning the way we want it), publishing a bit, continuing participating in Porto CSD orga (...but not in Lisbon CSD orga, N.A.), and the regular/irregular meet-ups. Presentations for public in general are also held. We don't have in the moment the resources to do more, actually we are quite stretched, and we have recently published a communicate in which we define us as "a leaderless reflection and intervention group where decisions are consensually taken".

For the future I expect the group to continue growing in numbers, maturity, consistency, and activity specially after all visibility it got. The shock waves started by the work with the press and Porto CSD are still spreading. It is only the start of the discussion, not the end.. Nevertheless, we lack in the moment the critical mass to have people willing to represent the group among other activists or to pursue the already started promotion activities. Which strategies are being used to overcome that, successful or not, would yield a too long article, so I will keep them out. As conclusion, I and others trust that the strenght of the group is exactly its diversity, that it will yield creative solutions.. We have people from all walks of life and poly flavours, from all political colours, gender and sex orientations, ages, countries, languages etc.. So, let's wait and see what happens. I am optimist.
Thanks for reading. Questions, comments and suggestions more than welcome.

If you like my work and want to invite me for coffee...